The burning question for 'LPBW' Fans is did the show renew for Season 23? It seems we have that answer for you and more! Amy Roloff and Chris Marek did a very in-depth interview with Entertainment Tonight. However, they both divulged probably more than the network wanted.  Amy & Chris's latest wedding special on TLC was a huge hit with Little People Big World fans, safe to say the network was pleased and will want more.

It has been quite a journey watching Amy and Matt go through a long painful divorce and fans were right there with them every step of the way. Fans were very torn and chose sides fast. One side blamed Amy and of course, the other side blamed Matt Roloff and Girlfriend Caryn Chandler. Caryn worked for Roloff Farms for many years and was actually Amy's friend. So to some fans, it looks suspicious but Amy is very happy with Chris now so maybe some things were meant to be.

There are lots of directions Season 23 can go for the Roloff's as Amy Roloff pointed out in the Entertainment Tonight Video. She and Matt have 4 grown children together and several adorable grandbabies who will most likely carry on the 23rd season of The Roloff's show. In the ET interview, Chris Marek admitted to signing on for 2 more LPBW seasons. 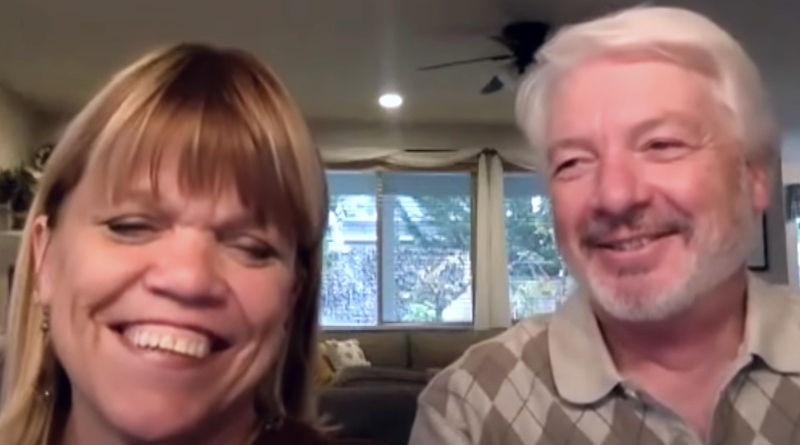 Chris Marek explained that it was only fitting they had the wedding at Roloff Farms, it was Amy's home and life for over 30 years. Chris was very honest that he had some pushback from some Roloff family members but that he didn't agree and obviously Matt Roloff agreed with Chris. Amy worked and helped build the farm, raised all 4 children, and had many good years there.

Fans loved the TLC Wedding Special and part of the appeal was because of its location, the farm.

More Roloff Show Spinoffs In The Works For LPBW Fans?

Amy and Matt's son Zach has two 'little people' children who have stolen the hearts of millions. Jackson and Lilah Roloff have taken center stage on their mom Tori Roloff and dad's social media as well as the show. Fans are absolutely in love with Jackson and Lilah Ray. They recently made a huge move to Washington and have been documenting via video as the kids adjust to their new life.

Fans flock to the social media of grandparents and mom and dad as they wait to see what the new adventure is for 'Lil J' and 'Lilah Bean'. What is next with this kind of popularity? Of course, another TLC Spinoff featuring Jackson and Lilah Roloff. Only time will tell but the TLC network is definitely not blind to the popularity of the Roloff grandchildren.

With Chris Marek answering the burning question about season 23 renewal, he said that they did sign 2 more years with LPBW it seems the answer is pretty obvious, YES LPBW will be back with so much more story to tell with their new life and all the grandchildren. Buckle up LPBW fans 2022 is going to be a great year!

Come back to Showbizarmy for all of your TLC updates.